There’s sort of a lot of angst around the idea of psychological safety in corporate America.

I’ve heard folks talking about it with the kind of tone used to imply, “Can you believe it?” There are eye rolls, and head shaking. It’s almost a “kids these days” kind of conversation.

We hear things like, “When I was young, we just worked – we clocked in, did our jobs, and clocked out. No one needed to make us feel like magical rainbow unicorns. We didn’t need bring-your-pet-to-work days, or chai tea on draft, or drum circles of belonging. We just worked.”

Ok, I’ve never actually seen chai tea on draft. If you’ve got it at work let me know.

Now, I don’t mean to say this is always a case of the “older” generation coming after the “younger.” In my experience, though, those that lead teams are often a chronological step or two beyond those who are on the team. And, it’s often these team leaders who scoff at the idea of psychological safety.

The gist that seasoned team members and leaders tend to give, the tone they tend to embrace, is that psychological safety is somehow for weak people. For people who need constant pats on the back and trophies for nothing.

I’ve seen many, many people seem to congratulate themselves that they would never need or want a space with “psychological safety.”

And, I’ve been in the room with these same folks who, when asked what’s not working on their teams or within the company, say nothing, don’t participate, or pretend to disappear, all because their bosses are present.

I’ve been in rooms working to facilitate dialogue around tough issues, and people sit with their arms crossed, unwilling to engage with their own learning because learning is hard, and makes us feel vulnerable. They don’t feel safe to acknowledge the things they don’t know or haven’t yet considered.

The same people who poke fun at psychological safety for others believe deeply in it when their own embarrassment, vulnerability, or future is at risk. They often just don’t see the dissonance in their practice.

The reality of it is, though, everyone wants – even craves – psychological safety.

And, the results of it are pretty clear, too. The benefits of psychological safety are almost too good to be true. Increased buy-in, better engagement, quicker collaboration, higher assumptions of risk, braver innovation. Those are products every team could get behind.

What feels tough is the process to get there.

Before we get there, let’s make sure we know what psychological safety doesn’t mean.

Psychological safety doesn’t mean we have to treat everyone with kid gloves.

It doesn’t mean we can’t ever say anyone is wrong.

It doesn’t mean participation trophies simply for showing up.

It isn’t telling everyone they’re perfect just as they are.

And, it’s not an admission that business imperatives don’t matter as much as making people feel good (although we could argue that you won’t likely get the best of one without the other).

Psychological safety doesn’t mean that our employees are snowflakes, and will melt under the slightest bit of stress or pressure. We’ve seen the exact opposite be true over the last couple of years, haven’t we?

So, if psychological safety isn’t any of those things, what is it?

Well, for one, it is “far and away” the most important dynamic to a successful and effective team, according to Google’s internal research. After assessing over 180 teams, they determined that successful teams weren’t as much about who was on the team, but about how they did team. And, developing psychological safety was the most important factor to creating success.

So, what exactly is psychological safety?

If you ask 10 organizational consultants you’ll probably get 10 different answers, each with their own set of IP, models, and framework.

But, they’re all going to have 1 central theme: the ability to take risks, make mistakes, or be wrong without fear of reprisal.

That’s it. Psychological safety is about establishing the trust to try.

Try then get confused.

Try too hard and get overwhelmed.

All without embarrassment, fear, shame, risk, or retaliation.

It makes sense when you think about it like that. Of course it’s necessary that team members feel safe to try. It’s what we hope our team members are doing anyway.

But, trying doesn’t happen if there isn’t safety on the other side of it.

I’ll stop trying as soon as I get ridiculed for caring too much.

I’ll stop trying as soon as I get punished for failing.

I’ll stop trying as soon as I realize the risk outweighs the potential reward.

And so will every other team member on your team.

And, so will you.

This isn’t snowflake behavior; this is human behavior. We are not going to take unnecessary, unrewarded risks over and over and over. We just aren’t. And that’s not a bad thing.

No matter what challenges you as a team leader or company executive are facing – tough recruiting, high turnover, employee disengagement, static processes, inhibited innovation, competitor surge, stagnated development – all of them can be assuaged by creating an atmosphere in which your team truly believes they get to try.

But, it is the vehicle by which the solutions to all those challenges, and more, can be collaboratively constructed as team members get to engage in a trust-filled space of trying and failing until they succeed.

In some sense, what we’re really talking about here is belonging, the idea that each and every team member so integrally belongs to the team, and the team to them, that they are showing up bringing the very best of themselves all the time.

That’s what belonging does; it inspires us to bring our very best, and to work hard to make our best even better.

Safety and trust aren’t edicts or memoranda, though. You can’t tell anyone they’re safe.

Safety is a felt experience. You have to show, over and over and over again, that trying is always a route to praise, support, engagement, advancement, etc.

You have to develop a culture of trust-filled space, where trying doesn’t get you laughed at, or mocked, or punished, or benched.

Create a trust-filled space and team members will fill it with “tries.”

Want to know more, or learn about creating trust-filled space with your team?

Reach out and let’s chat. 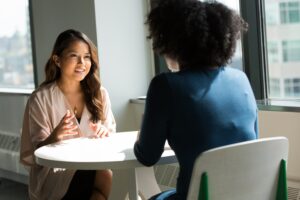 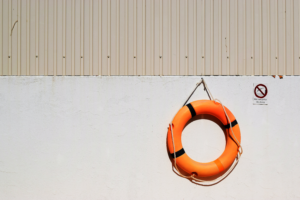 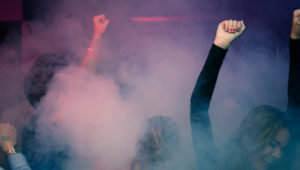 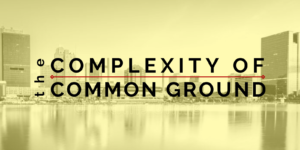 The Complexity of Common Ground 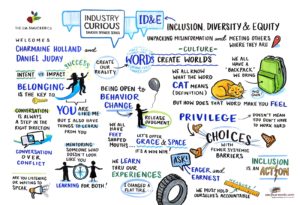 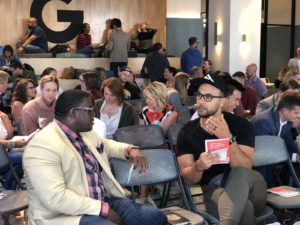